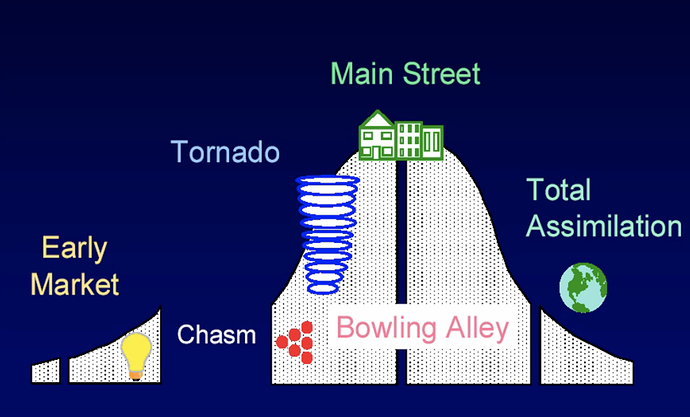 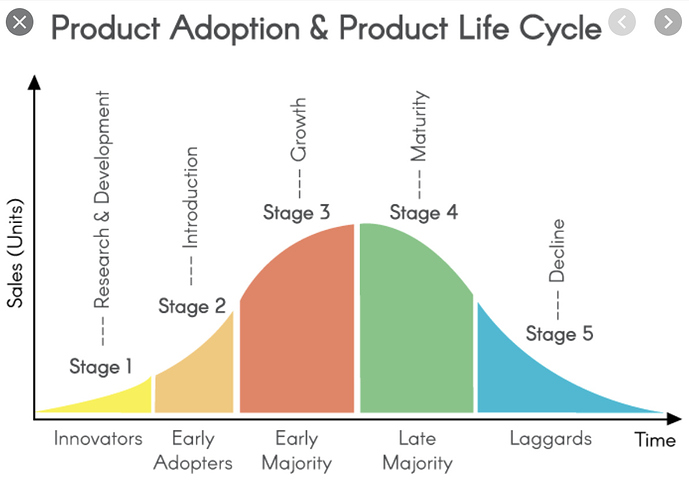 Marketers have traditionally identified different kinds of tech consumers: innovators, early adopters, early majority, late majority and laggards. The traditional model assumed that, in the lifespan of a product, the market is first dominated by the innovators followed by early adopters then early majority, late majority and finally laggards. However, there are gaps in the model large enough to cause the most promising product from being adopted by the main street as they transition from one category of consumers to the next. The biggest gap is the one between early adopters and early majority which is referred to as the Chasm. How then do you cross the chasm?

A marketer should focus on one segment at a time using each group as a base for the next group.The most difficult step is making the transition between early adopters and majority, if a successful business can create a major effect in which enough momentum builds, then the product becomes a winner. Firms need to have a focus attack as the needs of early adopters and early majority are different. Once a firm can win a particular niche of users it can then use this to create a bandwagon effect to capture the rest of the market.

Covid is likely the milestone marking the end of early adopters and begining of the early majority for local businesses getting online and becoming tech default opposed to tech willing. I suspect local marketer demand is going to boom in the next couple years and last a good 5-10+ years.

The language is going to change over the next year how we connect with local businesses… The language now seems to be all strongly aimed at the high-fiving types or the struggle and bootstrap or the tech savvy millenial business… All of those gen X and baby boomer run businesses and the millenial businesses that felt they didnt have the budget to bother looking at marketing are all going to be looking at our offers over the next 12 months and the current language is not likely to resonate with them. I like the direction we’re going with the LBOT though

completely agree covid19 is going to mark the demarkation